Thanks for the work you did Lee, we can really notice a difference.

Dear Lee,
Thank you for your invoice which I settled this morning.
I am very pleased with the excellent work you did for me last week and the careful clearing-up you did before leaving. You will be welcome here at any time.
If at any time you found yourself looking for work (it seems unlikely), I have one or two doors in need of help or replacement and I should be very pleased to welcome you here again.
With many thanks,
Yours sincerely,
Lawrence L.

Many thanks Lee for a job so well done.

Congratulations on the superb work on the 3 west windows, They look great.

Just like to say thank you for popping over and sorting our sash windows out.
A real pleasure to have you in our house .
Many Thanks
Lee and Fran
Lee and Fran
I live in a typical 1920s bay-windowed semi in conservation area where you can only replace like with like to the front of your property.After much deliberation I commissioned Lee to restore four of my sash windows, one large bay, two large and one small. His work was to an exceptional standard as was his level of service. The windows, two of which were pretty rotten, have been restored to their former glory, gliding beautifully on new ropes, with the new draft proofing making a significant difference to the gales and rattling we used to tolerate. What’s more, he always left the rooms
cleaner than he found them! I can’t recommend Lee highly enough. It was money well spent
Nicki, Bury St Edmunds
Lee came and renovated our windows which were in a fairly shocking state. He worked flexibly with us and always ensured the area was tidy at the end of the day. We very much appreciated that some of the work required to repair the windows and re-enstall the shutters was unknown until he started the work, however he was realistic in what could be repaired and realistic in how much the repairs would cost.
The work he has done so far has been of a very high standard and we will continue to use him to complete all the windows throughout our home.
I cannot recommend highly enough his work and attention to detail.
Sandy, Ipswich

An excellent service from start to finish. We had no idea our windows could look so good. We would certainly recommend Lee’s sash window repairs. 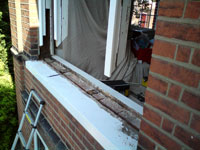 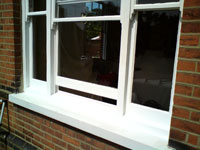 We cover mainly Ipswich, Bury St Edmunds and surrounding areas.  Please get in touch if you’re not sure whether we can call to your area.